Yesterday while taking a lunchtime walk around Hinxton, I came upon this glove hanging off a hedgerow in the middle of nowhere! It seemed to be pointing to the way I must take!

I almost walked over this poor little hedgehog this morning! In November – fancy that! The fact that it went totally still and pretended to be part of the background didn’t help at all..

Not the worlds best photo by a very long way, but the best I could without stressing the animal or muddying my work clothes!

Continuing with the fungal theme, here’s one I thought looked a lot like a flying saucer on a stalk (maybe eating them may have that effect!). Or one of those rides in a fairground. I’m not sure of the exact mushroom type but this may be a sort of milkcap. 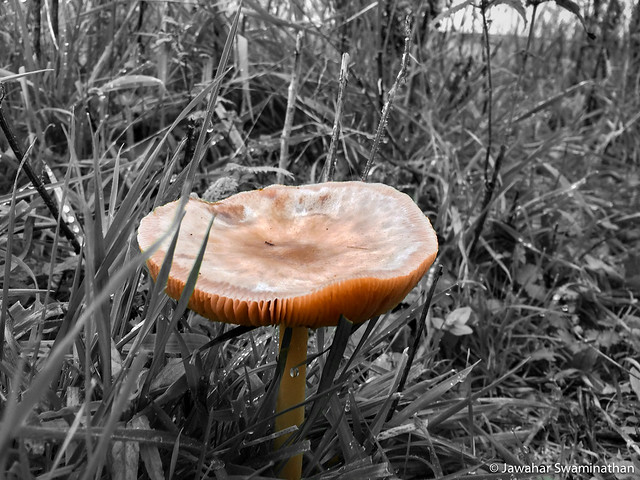 The rain and the damp here in East England has meant that there is a sudden explosion of mushrooms. Large and small, normal and strangely shaped, they’re all shooting up everywhere.. Here’s a tiny tiny mushroom that was shot at the closest approach I could make with my phone! I have selectively desaturated the background for emphasis. 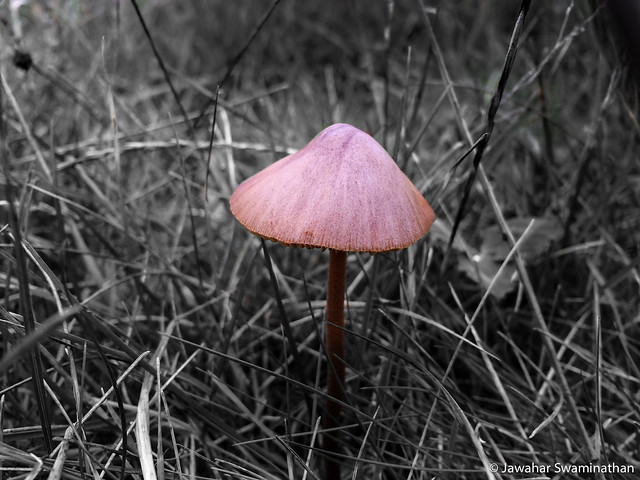 The last few days in Cambridge have been unusually warm, so much so that I’m willing to stick my neck out and claim that spring is well and truly here to stay!!

Maybe it is post-christmas blues, or that we’ve all had to come back to work after a long break! The dried teasel below mirrors my feelings exactly!!

Photographed on 7th January, 2014 using an iPhone and processed in Adobe Lightroom with Photomatix Pro.

A potent symbol of Germany and a poignant reminder of the Cold War and the division of a nation after the Second World War. For over 28 years, the Brandenburg gate was behind the wall in East Berlin.

Immediately after the war, one of few structures that remained standing amongst the ruins of Berlin was the Brandenburg Gate.

On my lunchtime walk today I spotted this snail about 1.5metres off the ground. Will this snail make it to the top of this shrub? And which branch will it take?

The autumn is beginning, and bees everywhere are making the most of the season by hoarding up for the coming winter.

Barry Island in South Wales is on the Bristol Channel. It is an extensive beach and has the second largest tidal range in the world (15 metres). These pictures are from a recent trip to the Welsh seaside. At low tide the beach extends for almost a kilometer from the promenade.

All photographs from my trusted iPhone!