Another photo of the Flavian Amphitheater in Rome. 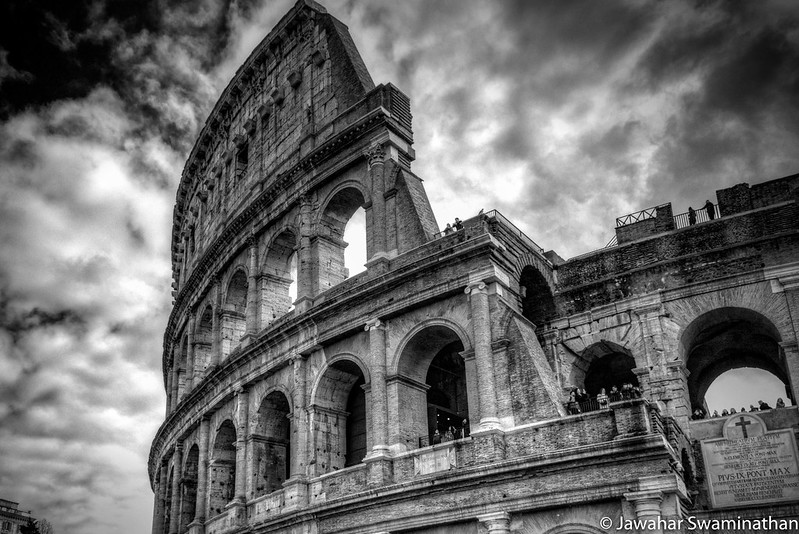 The Isle of Arran is a large island off the coast of Scotland in the Firth of Clyde. It is often referred to as “Scotland in miniature” since it has both highland and lowland terrain (and a sole distillery!). Brodick is an important village in Arran as it is the ferry terminal and the main access to the island. 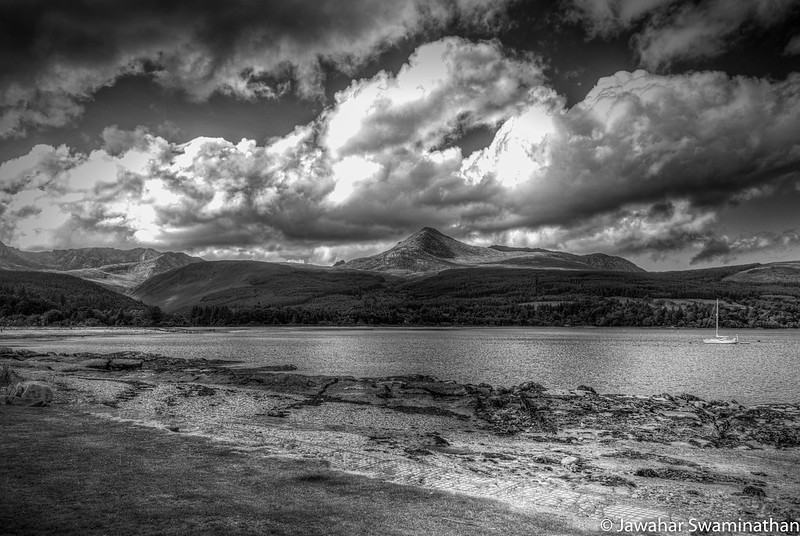 The photograph above shows Brodick Bay with Goat Fell mountain in the distance. At over 874m high, it is the highest point on the island and is owned by the National Trust for Scotland. This picture is a HDR composite of 3 bracketed shots at -2, 0 and +2 eV, processed in Photomatix Pro and Adobe Lightroom. Click on the photo to see a high resolution version on Flickr.

There is not much left of this roman palace built in the 2nd century CE except the lofty arches. Built during the reign of emperor Septimius Severus, this artists impression shows what palaces on Palatine Hill would have looked like.

Below is a photograph of one of the sides of the Domus Severiana. Bracketed HDR of three shots at -2, 0 and +2 eV, and then processed in Photomatix Pro and Adobe Lightroom Classic. Click on the photo for a large version on Flickr. 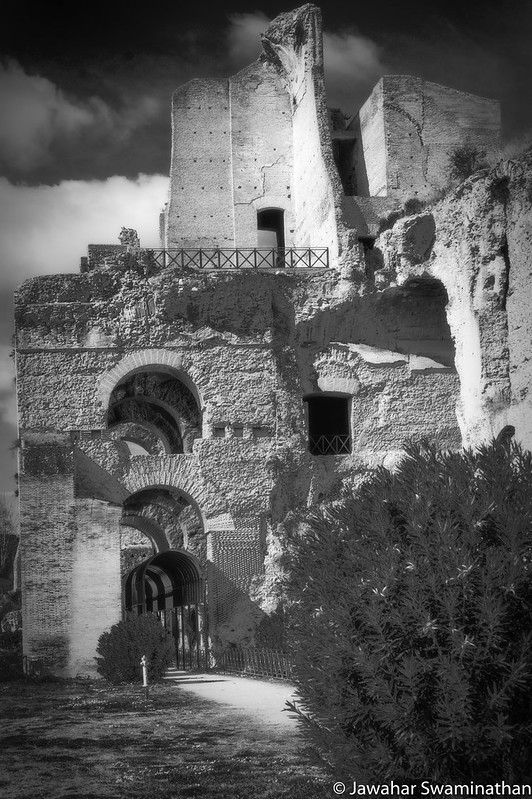 Not much remains of the temple of Saturn in the Roman Forum, except these 8 pillars and the pediment which reads:

Or translated as “The senate and people of Rome, restored (this temple that was) destroyed by fire”. 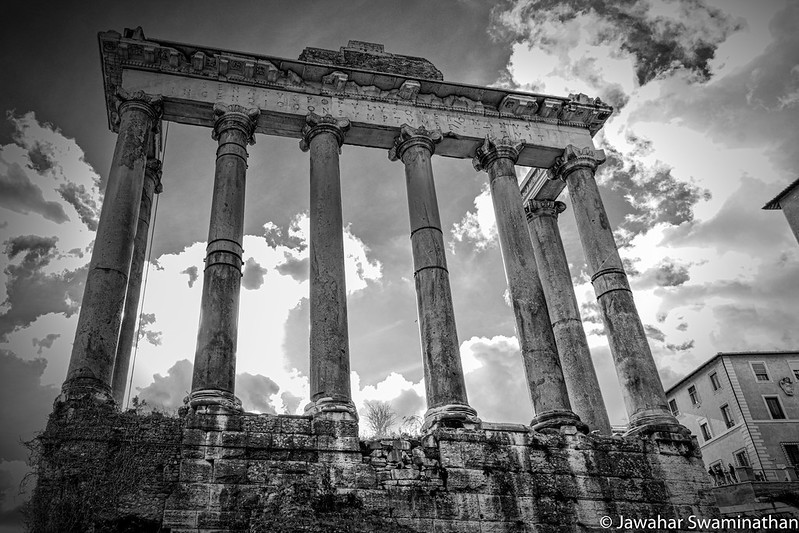 Probably the best known edifice in Rome, instantly recognizable and photographed thousands of times every hour by the millions who visit this every year. Construction of this amphitheater was begun in 72AD under the reign of Emperor Vespasian and finished in 80AD under Emperor Titus. 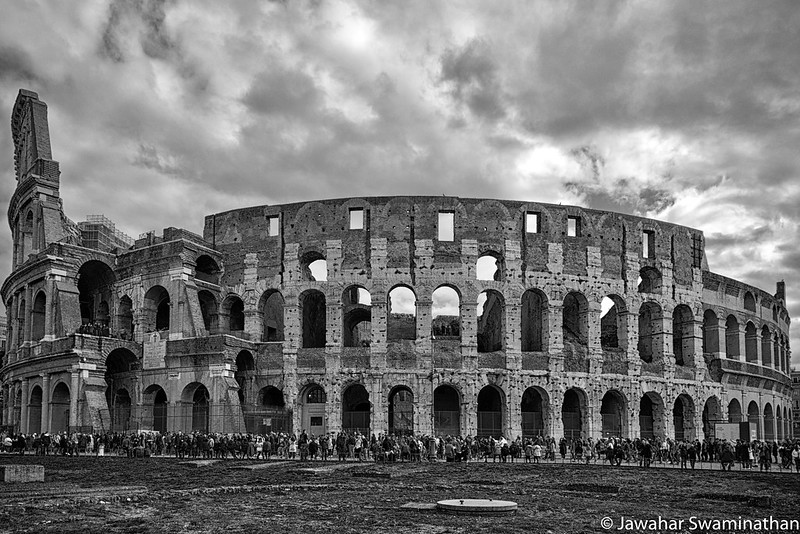 The Fens are ancient marshlands in the east of England that comprise of land that is low lying (usually no more than a few metres above mean sea level). Over the years the Fens were drained to make way for long tracts of peat-rich soils crisscrossed by man-made drainage channels and canals. The photo below is of one such man made channel known as the Reach ford near the Wicken Fen Nature reserve that is managed by the National Trust. Wicken Fen is one the oldest of National Trusts nature reserve and is at the forefront in the preservation and maintenance of this ancient landscape. 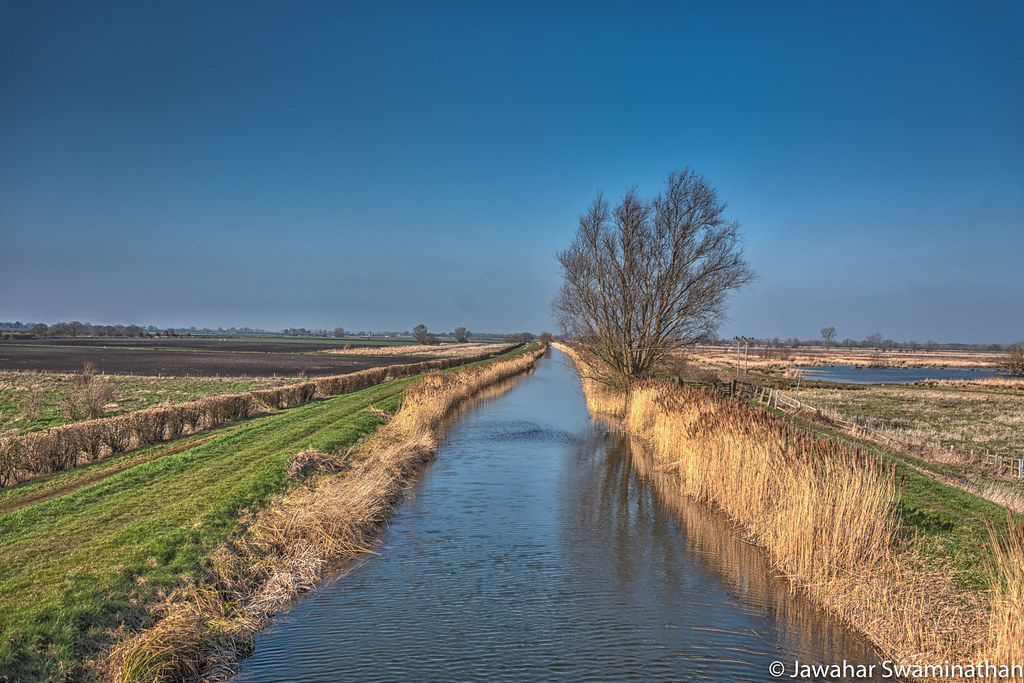 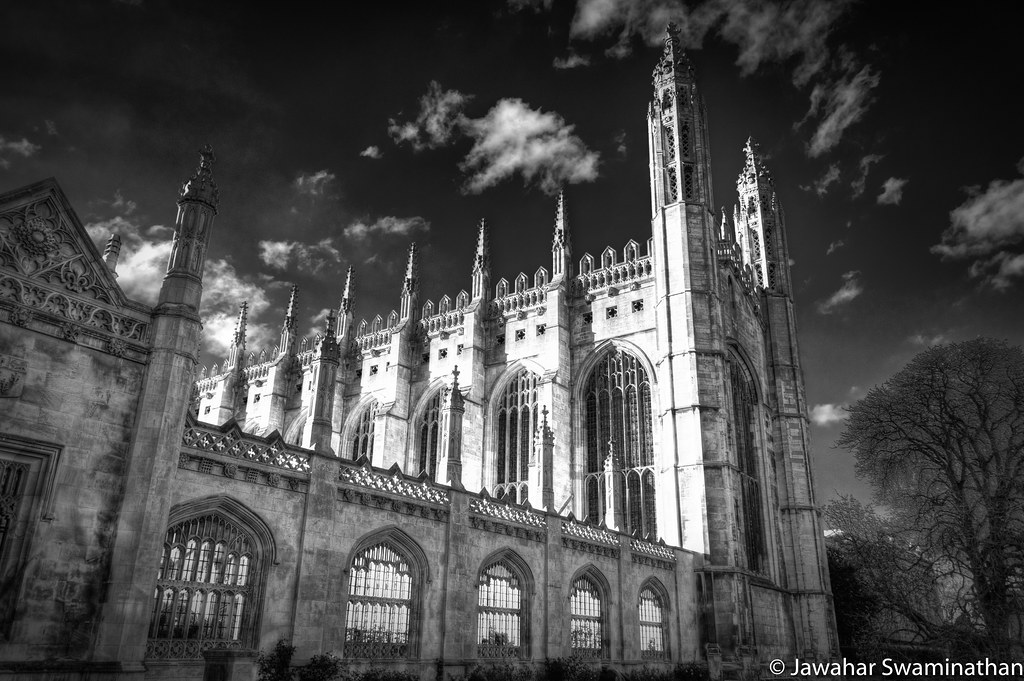 Arran is the largest island in the Firth of Clyde and the seventh largest in Scotland. The King’s Caves are a series of natural caves on the western shores of Arran and are associated with Robert the Bruce of Scotland. Legend has it that he took refuge in these caves while on the run and had his famous encounter with the spider. For more on this legend see here.

The following photograph was taken on a hike to the King’s caves and shows the Doon in the distance. The Doon is a geological formation known as sill – which is formed when magma extrudes through older rocks and solidifies. The Doon seen in this picture is formed of sheer vertical columns of rock.

I happened to be in California the last two weeks on work related business. Over the weekend my cousin drove me down the scenic pacific coast on the scenic Route 101 from San Francisco to the Big Sur and back. Sadly the day was overcast but we managed to take in some pretty sights along the way, including the famous McWay Falls in the Julia Pfeiffer Burns State Park. Sadly in the absence of a wide-angle lens, I had to resort to taking overlapping photos with my 50mm and then stitching them in Adobe Lightroom.

Here is another close-up of the McWay Falls, this time in HDR.